Let’s make a “Ryoma Passport” and travel around Kochi!

The Ryoma Passport is an item which gets you special perks simply by showing it at various tourist facilities, hot springs, road stations, and restaurants serving local dishes. Might as well use it if you’re
living in Kochi! You’ll be surprised at how many places there are near to you where you can use it. In this issue, KIA staff and CIRs will show you some of the ways to use the Ryoma Passport.
How to get a Ryoma Passport
1. First, get the pamphlet for the Ryoma Passport at various places like the Kochi Station Tourist Information Center, and cut out the registration postcard on the back. (We also have the pamphlets at KIA.)
2. Collect three kinds of stamps on the postcard at applicable facilities. For example, ①Enter the main keep of Kochi Castle→②Spend at least 500yen on food or goods at Hirome Market→③Visit The Museum of Art, Kochi. You will already have three stamps this way.
3. Next, if you go to the Kochi Travel Plaza in front of JR Kochi Station, you can exchange the postcard for a “Blue Passport” on the same day.
＊ You can also mail the registration form. Once you collect the necessary stamps for the “Blue Passport”, you can trade it in for a “Red Passport”. There are five levels (Blue→Red→Bronze→Silver→Gold).
Read more »
Poster: KIA Time: 7:26 PM 14 comments: Link to this post

Having fun in Nankoku City with the Ryoma Passport!


The cold weather has all but disappeared, and spring, the season where Japan’s beautiful cherry blossoms start to bloom, has begun. As it gets warmer it becomes a waste to spend your days curled up at home, so why not head out and use your Ryoma Passport! You can use it as if you were playing a gamecollecting stamps, and moving up levels.
We used our Ryoma Passports to try Shamo chicken in Nankoku!
Gomen Machi in Nankoku City is famous for its shamo cuisine, and the chickens raised there are called “Gomen Kenka Shamo”. It is said to have been a favorite dish of Sakamoto Ryoma. Furthermore, these “Gomen Kenka Shamo” are rare in Japan due to being purebred, the same as when they were once eaten by Sakamoto Ryoma. Shamo is known for its firm meat and chewy texture.
In Nankoku City, approximately 20 restaurants located around the JR Gomen Station area provide shamo cuisine, and of these, 15 accept the Ryoma Passport. When we investigated, the standard shamo dish was “nabe” (hotpot), however we found you could eat a whole range of shamo-based foods in the area, including “shamo teppan-yaki” (shamo cooked on a hotplate), “shamo koumi-age” (shamo that is deep-fried after being seasoned with herbs or spices) and shamo pizza. We were surprised that there was such a mix of shamo dishes available!
Read more »
Poster: KIA Time: 7:08 PM 2 comments: Link to this post

Kochi Prefecture CIR Valerie Teo
We’re off to Akaoka Station! Akaoka used to be called Konan’s “Commercial Town”, and nostalgic scenery can still be seen in its streets even now. Following on from a discovery in Nankoku City, this time we will be exploring Akaoka in search of eateries and facilities that display the Ryoma Passport banner.
First, with our eyes on the “Chirimen Chuunichi Soba”, we headed to “Tosawo Shoten”. After a five minutes’ walk from the station, we spotted the banner!! “Tosawo Shoten” was written on the outer walls of the store in huge letters.

Upon passing through the entrance, many fresh foods were laid out before our eyes, and to our left were tour pamphlets of the region.
The eatery was located at the end of the room. Their menu had many food items—in addition to what we were intending to eat—that looked particularly delicious. We decided to go with the garlic-chive filled gyozas in addition to our chirimen chuunichi soba. The soba is made from a collaboration between Japanese style local chirimen fish soup stock, and Chinese noodles. Small fish, spring onion, fishcake, fried fishcake, shredded kombu made up the ingredients. It usually goes for 600 yen, but we got it at 550 yen thanks to the Ryoma Passport!
Read more »
Poster: KIA Time: 6:47 PM 2 comments: Link to this post

Kochi Lifestyle Q&A : The theme this time is HAY FEVER!!!

Sakura (cherry blossoms) is synonymous with spring in Japan. The Sakura around Kochi Castle are indeed beautiful. In the spring, the plants are freed from the cold winter and all blossom at once. 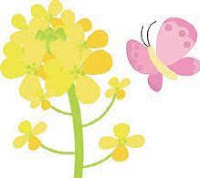 Q : My friend is in his 5th year in Japan and all of a sudden has developed hay fever. What’s going on? I’m worried the same might happen to me.
① What are some symptoms of hay fever?
② I don’t have any symptoms now, but I’m very worried about what will happen from here on out. Is there anything I can do to keep the symptoms away?
③ If I do develop hay fever, what should I do?
Read more »
Poster: KIA Time: 6:17 PM 2 comments: Link to this post 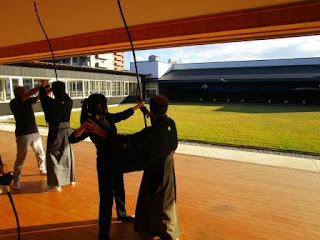 Kochi Castle Museum of History will provide opportunities for foreigners to experience traditional Japanese culture. This year we will introduce Kyudo (Japanese archery), one of Japanese military art. In addition to learning about the history about Japanese archery, and try drawing the bow themselves. With explanations in English, even beginners will easily understand. Please come and experience the wonderful aspect Japanese art through Japanese archery.
Date
March 16 (Sat), 2019  2:00~4:00 p.m.
Place
Kochi Prefectural Kyudo (12-1 Takasone, Kochi-city)

How to apply
Send a post card, or a fax, or a mail, or call us with your name, address, telephonenumber.
We’ll send you a ticket.